Children Learn What They Live

It has been a strangely busy last few days. I have been working on the house in anticipation of a semi-grandiose Halloween party. So too did I have to qualify at the Police shooting range today so I can continue to carry a firearm wherever the hell I please. So many other things too - work mostly - renting apartments, cleaning, filling my days. As most of you know, Alexey Dillon has been my little bro since 2007. It has not been an easy assignment of late with battle lines having been drawn - mostly by the weak minded of the lot. I will write that chapter when I have a couple of months. None the less, it has been a fruitful and extraordinarily fulfilling duty - beneficial for both of us. I have earned his trust and confidence, and with him, that is about as high as you can go.
A few weeks ago, Alexey got a ticket out in Wimberley from a Deputy Sheriff for using his cell phone in a school zone. It's not a small ticket and boasts a fine of around $211. That's a lot of money for someone who earns about $10 a hour doing whatever he does. To make a long story short, he wrote several letters here and there. Alexey wrote a thank you letter to the Sheriff who wrote him the ticket. He wrote a letter to the County, making an open records request for information on his particular traffic stop. He researched and learned the law for which he'd been cited. And he observed and documented that the school zone lights - which designate the school zone - don't actually turn on until 3:08:13, eight minutes and 13 seconds late. We both dressed up to visit the judge. In a cracking, inexperienced voice, Alexey made his case before the court, asking for mercy. In all the years I've been policing, I have to say that Judge Andrew Cable of Wimberley, Texas does indeed understand his lofty role. He recognized - as I do every day - what a great and valuable fellow Alexey really is. And in a departure from convention, the Judge paused, thought, and then granted Alexey an extraordinary opportunity to resolve his infraction without having to pay the fine or hurt his driving record. Alexey's preparation and comprehension of the task at hand, his nervous communique with the judge, and the ultimate resolution was just another one of those instances where he made me feel awfully proud of him.
And today, Alexey asked me to help him get to a doctor and have his hand checked - an injury he suffered at work. I made his appointment and met him there after he got off of work. It seemed he either strained his wrist or had broken one of the small carpel bones there. We had a fun afternoon dragging through the slow medical system. He got checked, x-rayed, and a new splint.
I say this all because in these same days, Alex and I have had some strangely elevated conversations. He has indeed grown into the most wonderful and endearing adult and I marvel at it. I told him one afternoon that I would not be around forever and that each of these many experiences or opportunities he was being given have been intended to prepare him to get along on his own - essentially that I would one day "check out". He said then the most unusual thing - "I've always thought that we are both going to check out at the same time - if you know what I mean". I didn't know what he meant by that at first - but having thought about it a while, I realized how important a thing it was for him to say. And then tonight as he pulled out of the driveway of the doctor's office - he paused once more to say something just as remarkable. We have called each other brothers because it was convenient to do so, and to help describe to those naive around us about who and what we are. He said he really did want to be my brother and wanted to adopt me, or me to adopt him as his brother - by whatever official process was available so that we would be bound forever. I have thought about these two conversations at length ever since we had them. I am gracefully humbled.
Alex has had a hard life - complicated to say the least. Losing his parents in Russia, living there on the street as a nine year old, living in an orphanage where he had to fight every day to keep what he had - and then to live here in a family where the time, energy and commitment to rebuild him in a constructive and meaningful way just wasn't the priority it should have been - these things have altered his destiny to some degree. But every day he demonstrates that these many lessons, and experiences and discussions we have shared these recent years have given him a perspective with promise. And what is perhaps most notable, is that he is happy.
If children live with criticism,
They learn to condemn.
If children live with hostility,
They learn to fight.
If children live with ridicule,
They learn to be shy.
If children live with shame,
They learn to feel guilty.
If children live with encouragement,
They learn confidence.
If children live with tolerance,
They learn to be patient.
If children live with approval,
They learn to like themselves.
If children live with honesty,
They learn truth.
If children live with fairness,
They learn justice.
If children live with security,
They learn to have faith in themselves and others.
If children live with friendliness,
They learn that the World is a nice place in which to live.
Carl Deal
Posted by Nocturnal Emissions at 12:52 AM No comments: 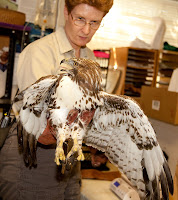 Named Duo - this bird of prey was injured on SH 80 Eat of San Marcos. She was rescued and transported to a wildlife rescue facility in Kandalia www.wildlife-rescue.org , and then to www.lastchanceforever.org
Posted by Nocturnal Emissions at 1:13 PM No comments: 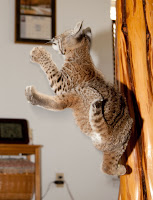 Posted by Nocturnal Emissions at 1:10 PM No comments: 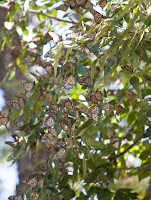 Posted by Nocturnal Emissions at 6:23 PM No comments:

I have just settled into my chair having first dowsed myself with water. The dry desert breeze cools me as if I were in a foggy Redwood forest somewhere in the far Northwest. Taking the Old Ore Road , I am camping on a ridge from which I can overlook much of the Chisos to the South, water eroded canyons, mesas and arroyo. Cactus of all varieties, creosote and mesquite compose most of the vegetation here. Bugs – my chocolate lab- pants from the heat but has chosen not to cooperate with the cool water bath.

The campsite has been visited recently by Javelina as their hoofs have left their mark everywhere – rocky washes tracked like a highway with deep paths and crossroads. My tripod sits in the sun in wait of night – just now tossed by a dust devil whipping across the road. And when the shadows get longer, I will venture out into the landscape and see what there is to see. Not more than an hour ago, I spied a spectacular iridescent purple coach whip crossing the road – fast as lightning – hard to catch and to photograph, but a strikingly beautiful snake.

I left home yesterday to enjoy a bit of solitary time – to see the starlit skies of Fall without a phone, a television or dilemma of any kind. The magnitude of my worries amount to whether a predicted cool front will make it here tonight, and whether I can eat a can of beanie weenies without a fork. It is still warm enough for vipers to be out and about. I will watch my footing. The atmosphere is particularly clear right now and night time radiant cooling has been as much as 50 degrees. I imagine that by sunrise, it will be well into the 40’s. Not a sound at the moment. Crickets – but not a breath of air.

Although I plan to be here for a number of days, I will return tomorrow to Sanderson for their annual Pachanga – bid on a few things at auction, listen to music, enjoy a dinner – and then attend the town dance. Joe Forks, a herpetologist from Marathon will be in doing a talk on regional snakes. Then it will be back to the silence and the wild.

It is night now and the sky is brilliant with stars. It is so bright, you can see the ground by starlight alone. I have finished my shots – sitting in a chair near a lantern. I can hear the Javelina running in the canyon below. Coyote are beginning to howl in the distance. Bugs has taken refuge in the car. Having looked at the images I just finished, it was among the first taken that I like the best – just the slightest hint of dusk remaining in the sky – the milky way – and one shooting star captured by accident.

I ate my can of beanie weenies with a flat head screwdriver. It’s starting to get cold now. The daylight will be here soon enough.

At sunrise I had two Tecate’s for breakfast and shot the sunrise. I’ve made my way to Sanderson. Joe Forks – a fellow photographer as well his talk on local varieties of both venomous and non-venous snakes. It seems the Monarchs are in migration as well – a pod, or clan, or covey resting at the Sanderson Courthouse. The Border Patrol guys are running the BBQ and playing horseshoes.

I hear there is one place in town with the Internet. I will sit in the driveway of said place and try and send this off. If you see it, you will know that I have been successful.

Posted by Nocturnal Emissions at 6:22 PM No comments: