The horizon off beyond the hills is gray
and dark and gives me chills. A sign
no less of a future message. A fortune
cookie's silent vestige. Overnight the
World has changed. Winter's cold
and loves estranged. The dog lays
quiet on the floor. Enlightened hearts
fly here no more. Time will tell what
is in store. Spring's rebirth is heretofore.
Posted by Nocturnal Emissions at 1:52 PM No comments:

Posted by Nocturnal Emissions at 8:22 PM No comments:

The Matter of Hate

The Question of Moral Guidance

A few years ago I remember listening to an NPR lecture that included clergy from different religious entities. The question at hand was the morality of lying. The circumstance being discussed was whether or not President Clinton could morally justify lying about Monica Lewinsky. The consensus at the time seemed to suggest that he was right to lie and that lying is not by itself a demonstration of moral turpitude. They pointed out that a husband would be correct to lie about an infidelity if the lie was intended to save the marriage and the future security of parenting of children. And then certainly, to save the country from the embarrassment of his affair, both the country and the lofty demeanor of the Presidency, not to mention the personal nature of the incident and its impact on his own family. As you know, it was not to be, and the whole ugly affair became the matter of a semen stain for all to see.
I have of course rambled uselessly - but I find myself with a moral dilemma. Kodak Tri X-Pan Deal, aka: Kodak is my black Labrador retriever. She is nearly fifteen years old. A vet tech here at my recent Halloween party suggested that she was indeed circling the drain - so to speak. I have watched her slow but methodical approach toward the end of her life. It was first her hearing that seemed to diminish - and then here mobility and eyesight. Certainly she has put on weight. And then her difficulty at getting up stairs or into the car - choosing the wait for assistance rather than endeavor it herself. And now - three months before her fifteenth birthday, she has had a few seizures, has a few tumors on board, and bitches about going up and down the stairs. This morning she slid down the stairs on her chest - innovative yes - but slightly pathetic. She still looks at you with those same puppy dog eyes, recognizes you, and gets excited where there is Pizza in the house. But she also gets confused, seemingly forgetting that you are sitting right next to her and she barking incessantly as if she has been left alone in a room or on the porch by herself. If you reach your foot out and touch her, she is startled, turns, and then looks - with this dorky smirk as if she oops..realized that she was being stupid. But recently, she has started peeing in the house, on the floor, on carpets and more.
I remember visiting my grandmother when I was a kid - she surviving a stroke in a nursing home - pickled with Phenobarbital. I asked the nurse if she was still able to dream, for certainly that would have been the limit of her existence. I recognize the similar state arriving for Kodak - and certainly would wish for her to die quietly in her sleep during the night. I fear that this will not be the case and that I will be forced to examine an entire host of facts in determining if her quality of life is such that she should be put down - a decision I do not relish.
And so today, I have arrived on the cusp of the fast approaching moment when I must make such an examination. It is a circumstance that I have not yet personally explored as an adult. She has been a faithful and loyal companion. Will I be betraying her when she sinks into darkness with euthanasia - or will it free her to sleep forever. I just don't know.
Posted by Nocturnal Emissions at 8:21 AM No comments:

Posted by Nocturnal Emissions at 8:42 AM No comments:

It seems I have arrived at a point in life where I wake consistently
about five minutes before my alarm goes off. Alex called two minutes
later to be sure I was really going to get out of bed. I'd laid my
clothes out the night before and had found my CTMC scrubs to wear
underneath everything else. I started the coffee as I loaded the car.
As one good cup percolated, out the door I went. Alex met me at the
gate at about 5:35. The four wheeler wasn't liking the cold weather
but blessed us with a ride into the back forty. The Moon's faint
shadows cast - the wake of the wind, silent and distant, then racing
overhead, through the tree tops and tossing the leaves. Numb fingers
and toes - Rosie cheeks - hoodies pulled taut. The feeder swinging
the corn at sunrise and we wait. Bird wings ripple the air overhead -
brief, couple, doves, low flying by. An owl swoops in silhouetted sky.
The sculpted winter clouds move quickly against the trees -
creaking, cracking branches. The break of dawn's warm light high in
the clouds. Squirrel eating the corn. Cold dripping sniffling nose.

No deer today. But Alex spied a fox on the road - road kill -- and in
practice made perfect, skinned to tan before the lunch hour. Dang -
have to drag the plants in - it's gonna freeze hard. Fox fritters withchipotle salsa - our boutique breakfast taco.
Posted by Nocturnal Emissions at 8:38 AM No comments:

Cold foggy morning laying in its bed.
Silence still resting its weary head.
Restless dogs are at the ready.
The first footsteps are hardly steady.

This old house is frozen too.
A sweater, yes for me and you.
Water droplets drip outside
Flowers glisten diamond eyed

The sun casts sideways through the house
Shaddows long - a golden dowse
Creeking wood with every stair
Toenails race from here the there.

Ahh – the morning times fine warm convection.
Not this time a sweet confection.
Something steamy, warm and wet.
A breakfast treat left by my pet.

Too familiar to be a dream.
Fresh as toast with rising steam.
So keen a nose when they wiff and smell.
All the contents they could tell.

For me it’s just an awful waking.
Forsaking – a chance for picture taking.
But unlike last time I did not step
Into the morning breakfast “Crepe.”

And as the shadows crawl the wall
I know the day will all in all
Be great and warm and another miracle
A blessing each and often satirical.
Carl Deal
Posted by Nocturnal Emissions at 12:01 PM No comments:

These pictures are amazing Carl, I am glad that you came to the unicycle football game. I hope that you enjoyed being a witness to the wonderfully weird concoction that we call a sport here in the beautiful town of San Marcos. I enjoyed being a part of your party on All Hallows Eve, and so did my girlfriend and my goofy friends and family whom you welcomed with open arms And I know that I don't have to tell you just how good the party really was due to the surprise that you and Alexey walked in on in the middle of that night. haha So from getting to know you for the short, yet long time that you have been in Alexey's life and now mine I can tell that you are a pretty damn good guy And I would like to Thank you for all the things big and small that you have done for me.
Posted by Nocturnal Emissions at 9:34 PM No comments:

Posted by Nocturnal Emissions at 10:44 AM No comments: 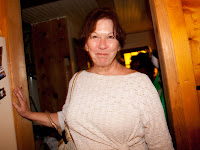 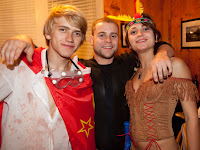 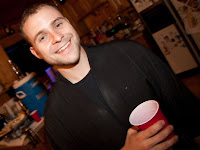 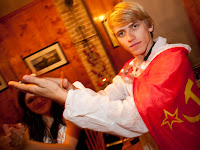 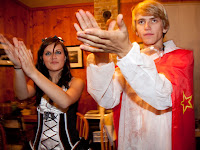